The Canadian Dental Association Releases What We Heard Report

August 30, 2022 – Ottawa, ON: Today, the Canadian Dental Association (CDA) released its What We Heard Report, which summarizes feedback from dentists and other oral health stakeholders from across Canada on the federal government’s proposed investments in enhancing access to dental care for Canadians, as was tabled in Budget 2022.

“These conversations provided an opportunity to draw from the expertise of dentists and the oral health care sector in Canada to help inform CDA’s ongoing collaboration with the federal government,” says Dr. Lynn Tomkins, president of CDA.

Between April and August 2022, CDA held a series of virtual consultations with provincial and territorial dental association (PTDA) executives, dental specialty group leaders, and practising dentists across Canada to gather insight about current public dental plans and identify key principles that the government should consider as it develops a federal dental plan. The series involved over 20 virtual conversation sessions across provinces, including sessions held with specialty representatives such as pediatric dentists, dentists specializing in care to persons with disabilities, dentists specializing in geriatric dentistry, and public health dentists.

The What We Heard Report reflects the views and opinions of individual dentists and other stakeholders and does not represent CDA’s official position.

“This Fall, CDA will publish a policy framework to recommend to the federal government as it moves forward in designing and delivering on the proposed federal dental care plan,” adds Dr. Tomkins. “Alongside provincial and territorial dental associations, we look forward to continue collaborating with Health Minister Jean-Yves Duclos, his federal colleagues, and his provincial and territorial counterparts to narrow the gaps in access to dental care for underserved populations, while minimizing disruptions for the majority of Canadians who already have dental coverage.”

CDA has long advocated to improve access to dental care for those who need it most, such as seniors, children, those with disabilities, Indigenous Peoples, racialized Canadians, and low-income families. As part of its scope of work, CDA uses its national voice to raise issues and concerns facing the dental profession. CDA works diligently to ensure that oral health remains a recognizable and significant public health issue, and informs key decision-makers about matters that directly impact dentistry and the oral health of the Canadian population. Learn more about CDA’s advocacy efforts.

About the Canadian Dental Association
The Canadian Dental Association is the national voice for dentistry dedicated to the promotion of optimal oral health, an essential component of general health, and to the advancement and leadership of a unified profession. CDA is a federation of Canada's provincial and territorial dental associations, representing over 21,000 practising dentists from coast to coast to coast. 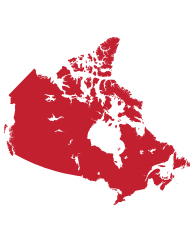